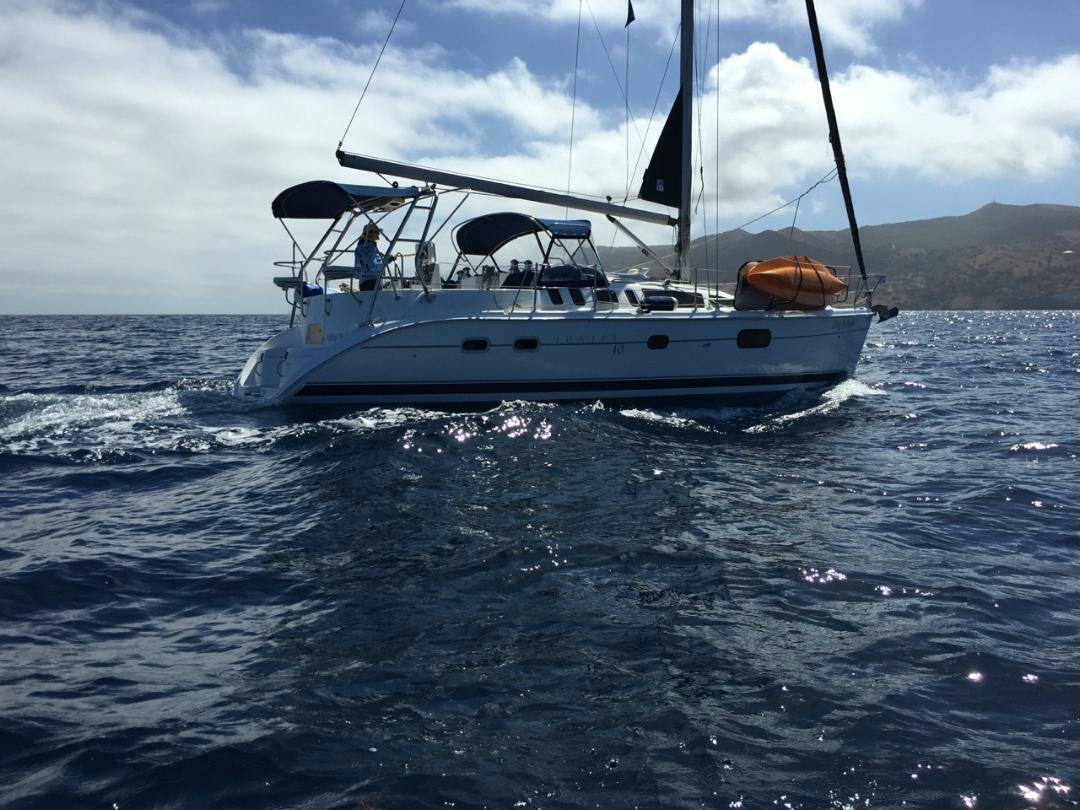 Overcoming Fear of Failure in Life

This is my own story of overcoming fear of failure in life…the boat is simply a metaphor. 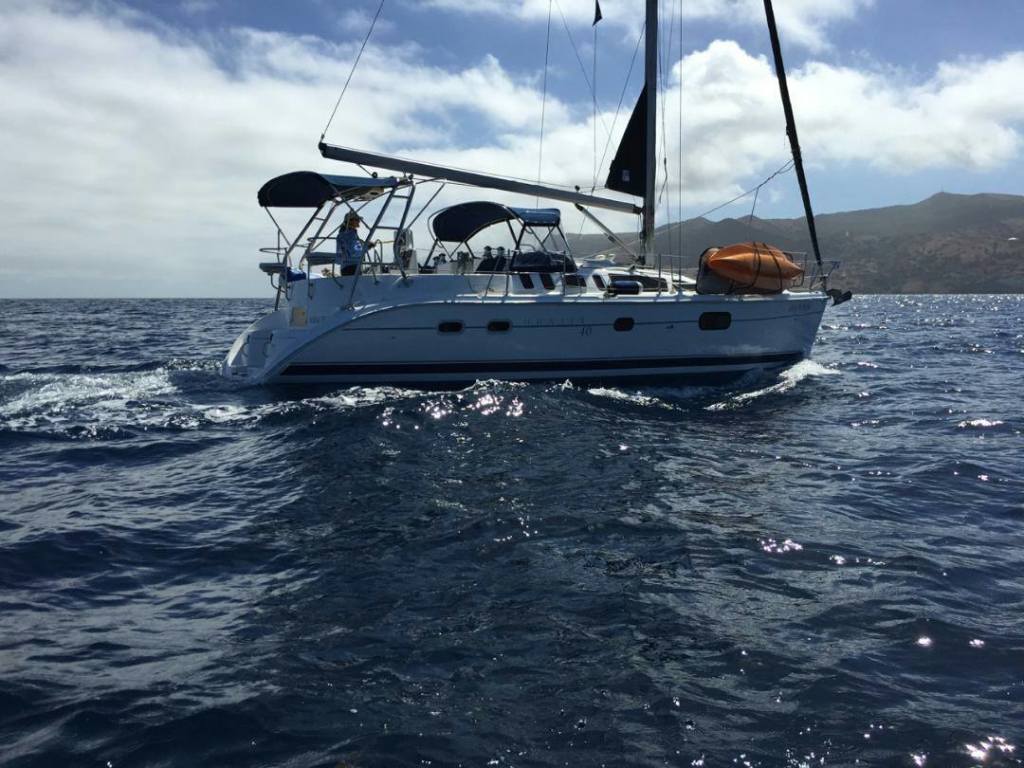 I was four years old when I made the decision with promise that I was going to live on a boat. That decision was as constant as the northern star (everything rotated around it and it never changed position.)

So my whole life I’ve turned everything away that got in the way of me living on a boat.

The one really KEY thing I didn’t turn towards was learning how to sail…how to be Captain.

I was my dad’s #1 first-mate, but I was scared shitless of being Captain. I just expected that by the time I bought my boat, I’d be married and he’d be captain.

When I became a licensed psychotherapist and began earning a decent income…most of my money was saved for the boat that I didn’t intend to buy until I was married. But I never told people I was waiting for the married part and that I was so incredibly scared of being Captain.

No one knew how scared I was to be a Captain. No one knew to what extent I did not believe in myself and my abilities…even after 34 years as first-mate…I had NO confidence whatsoever that I would ever be Captain. It was my little BIG secret. I think the only person I would’ve told was my husband. I expected that as we were dating he’d be the one to truly learn how to sail and I’d be his first-mate.

Life doesn’t happen as planned. This time last year, my dad was living at Cedar Sinai Hospital being treated for Acute Lymphoblastic Leukemia AND he was DETERMINED AND PERSISTENT that it was time for me to buy my boat.

The whole process made me a little more manic than usual. When it sunk in that my dad was really sick, way too sick to be Captain…that I might lose my dad, he might die…I sunk into a depression for several months…yet I was joyous at the same time because I was living my dream of living on a boat. I was manic-ly depressed.

From the moment I bought my boat I lived on her. But I didn’t take her out of the slip. She became the best condo ever. We weren’t going to go anywhere. I had no clue as to what I was doing whatsoever AND I had no intention of changing that.

Whenever I thought about sailing, I said to myself, “Hell no! I’m not sailing my boat. That’s stupid! That’s a horrible idea! That’s just asking to lose everything I’ve worked so hard for. I’ll wait until I find “the guy” or even “a guy”.”

I resisted sailing with everything I had in me. I had every excuse in the book. I told myself and everyone else that I was perfectly content with my life tied to the dock. I went out to sea on other people’s boats and got overwhelmed easily anytime anyone tried to teach me anything on my boat.

A good friend of mine saw right through me. He said to me, “You’re afraid of fucking up.”…”We’re taking your boat sailing. You are going to be at the helm the entire time and running all of your systems. And you don’t get to leave the helm until you know how to do EVERYTHING. I’ll coach you, but you’re doing ALL of the work.”

I had no choice but to go along with it.

I hated every moment of it. It was hell. It was scary. Nothing was fun about it at all…but I did it anyways.

I did discover that by being forced to do things, I actually did know how to do them. I just wanted someone else to be doing them.

Certain things came intuitively and things like docking scared the crap out of me and I never thought I would be able to do it. 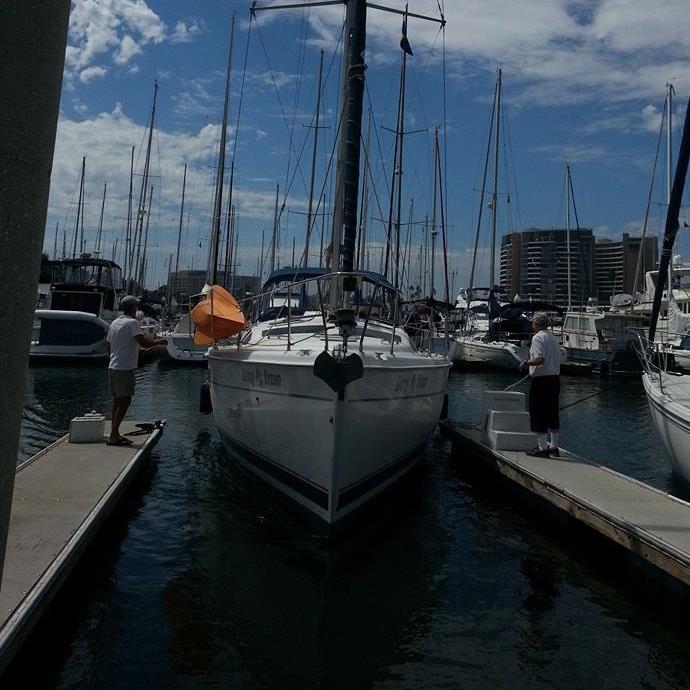 That’s me docking my boat…my dad on the right on the dock.

But I learned that even when I failed, it wasn’t the worst thing in the world. When I failed at docking, I didn’t sink my boat or do damage to anyone. I eventually got the boat tied up in the slip.

BUT I still did NOT want to be Captain. I wanted to go dance on my bow (the front of the boat instead). I didn’t want the responsibility.

After his funeral, I took my boat out sailing.

I made a ton of mistakes and I broke things. I faced every basic human fear out there on the water. And I did it. Everything was and is just fine.

So I kept sailing her over and over again. I single-hand sail her every week.

I now am the Captain of my boat, “Living My Dream”. Becoming her Captain one sail at a time empowered me to become Captain of my life (in spite of Bipolar Disorder.)

I make mistakes all the time. Things break or breakdown. I don’t know how to fix them. But people help and there always is a fix (eventually)…and more things will break and I’ll mess up, and its okay as long as I’m being safe and paying attention. I have the confidence to know that no matter what happens things will be just fine.

In a nutshell, that’s the story of how I overcame my fear of failure became Captain of “Living My Dream”. 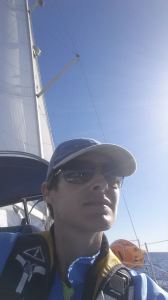