Before a professional diagnoses any mental illness,

it is important that they know your medical history and any medical conditions or problems that could cause mood disturbance.

Bipolar Disorder is solely diagnosed by the presence of MANIA.

MANIA AND DEPRESSION CAN OCCUR WITH PSYCHOSIS…

This means that a person experiences:

– Delusions: are beliefs about things that are happening, have happened or will happen that are not and have not taken place based on the perception of others. IT MEANS THEY ARE REAL TO THE PERCEIVER…NO ONE ELSE CAN EXPERIENCE THEM. 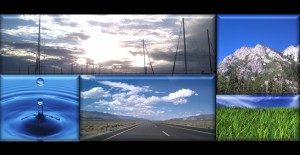 Is based solely on the presence of:

– Full-blown mania is mania that disrupts your ability to function in work, socially, in your responsibilities and roles and contribute to productively to society.

– Full-blown mania puts yourself and others at risk for harm.

– Mixed episodes are episodes that have BOTH mania and depression taking place during the same day.

– Rapid Cycling is when a person has 4 or more cycles of mania and depression in one year.

Is based solely on the presence of HYPOMANIA.

Hypomania is a form of mania that does not significantly disrupt your ability to function.

Bipolar Disorder, Type 2 is diagnosed when a person IS NOT rapid cycling…meaning that they do not have more than 4 episodes a year.

People with Bipolar Disorder, Type 2 tend to struggle more with depression than with mania.

Depression tends to be more severe.

This is when a person experiences HYPOMANIA (mild mania) and MILD DEPRESSION and it cycles back and forth between episodes for a period of 2 years.

Neither the mania or the depression are severe enough to disrupt the ability to function in their responsibilities.

People who ONLY experience full-blown mania without depression. This may still be diagnosed as Bipolar Disorder, Type 1 by many psychiatrists.

ONLY experience hypomania without depression.

That experiences psychosis during time periods when they are NOT experiencing depression or mania.

With Bipolar Disorder, the psychosis ONLY occurs during mania or depression.

Is a diagnosis that is given when a person experiences delusions and hallucinations for a period of more than 6 months.

As with the majority of mental health conditions out there, schizophrenia can be treated with a combination of therapy and medication. However, the medicines used in the treatment of schizophrenia, such as Seroquel for example, can have side effects and therefore sometimes it can be necessary to try alternatives.

Seroquel Withdrawal Psychosis refers to the appearance of psychosis when the dosage of Seroquel is reduced, especially where the reduction is too fast, or without the necessary preparations.

Ultimately, if schizophrenia is well managed, by recognizing the signs of any acute episodes, taking medicine as prescribed, and talking to others about the condition, it is entirely possible to reduce the chance of severe relapses.

Is a diagnosis that is given when a person experiences delusions and hallucinations for a period of less than 6 months.

BPD is a diagnosis of the PERSONALITY.

This is is NOT KNOWN if it is a genetic disorder. It does not cause depression or mania.

This is a disorder MAY BE a reflection of our ATTACHMENT with our primary caregivers.

People who often have Borderline Personality Disorder struggled as babies and young children who do not know what to expect from their primary care giver.

Example, children do not know if mommy will be happy to see them or sad to see them. They will get confused messages from mommy that say things like “Come here & go away”

People often have an intense fear of abandonment or feel abandoned.

They put people up on pedestals one moment then knock them down the next.

Trust is very hard because they struggle with uncertainty and confusion about if their needs will be met.

This is diagnosed when a person experiences or witnesses a traumatic event that is a threat to their life and as a result, they experience extreme anxiety and paranoia, nightmares, vivid memories and flashbacks that looks like psychosis (they re-live the event as though it is happening right now)

Most of the time, seeing a therapist or counselor who specializes in post-traumatic stress disorder will help to relieve some of their symptoms of anxiety and paranoia. In some cases, people may even decide to try something like these edible marijuanas canada located, (if you live there) to see if this can help them back into a healthier mindset.

People experiencing PTSD may be misdiagnosed with Bipolar Disorder if not thoroughly assessed.