in Stories From My Rabbi  by Robin Mohilner September 20, 2011 0 comments 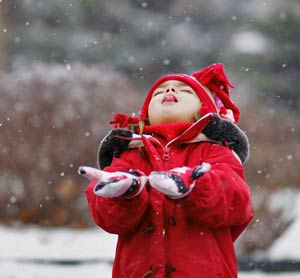 One winter, a young boy lost his only pair of gloves. “I felt very guilty about it,” he said, “don’t ask me why. I never even asked for another pair. I don’t think I ever had another pair until I went into the army. Ever since then, for me, being rich is being warm.”

Sometimes a boy like this grows up angry — angry that his parents couldn’t provide for him; angry with richer folks around him who walked right by and never gave a thought to a kid whose hands were freezing in the cold.

Sometimes a boy like this grows up hungry; acquisitive; working as hard as he can to amass a pile of money so he can buy more gloves than he’ll ever need.

Sometimes he grows up scared that everything he’s got will slip through his fingers and he’ll be out in the cold once again.

And sometimes he grows up callous, hard and suspicious — damned if he’ll offer anyone else a handout. He had to struggle to get where he is, after all — so why the hell shouldn’t they?

But this boy didn’t turn into a bitter tight-fisted man? He grow up to be Gloves Greenberg instead, a man who over 30 years gave thousands of pairs of gloves to the poor and homeless in New York City. WHY?

The answer seems clear from his obituary. It was his father. It was this father about whom we know almost nothing, except that he was a baker who taught his son one simple thing, one good and true lesson about life: No matter how deprived you are, he said, don’t deprive yourself of the Mitzvah of Tsadakah, the joy of giving.

And so an ordinary man with an unremarkable job took on a mitzvah—and in doing so, became extraordinary. Meyer Greenberg wasn’t a saint; although he might have been one of at least 36 unknown righteous Jewish men and women whose lives prevent the world from being destroyed.

He didn’t throw away his wealth and move to Calcutta to care for lepers. But for one month each year, for thirty years in a row, he gave out hundreds of pairs of gloves to the homeless.