“A Pair of Pears” By Rabbi Allen Maller

in Stories From My Rabbi  by Robin Mohilner September 21, 2011 0 comments

A PAIR OF PEARS 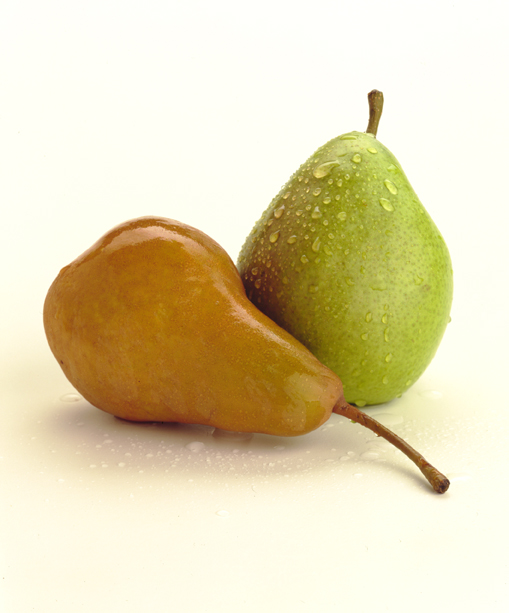 There was a king who had a daughter who was very ill. The doctors couldn’t find anything wrong with her. She just seemed miserable and cried often.

Hundreds of young men brought baskets of pears to the princess. She talked for a long time to each of the young men, and ate their pears, but none of them made her feel better.

One farmer who had very sweet and juicy pears as well as three sons told his eldest son, the most handsome of the three, to take a basket of pears to the princess. On the way to the princess the handsome son met a dwarf who related how hungry he was. The dwarf saw the basket and said, “You must be taking pears to heal the princess. Please give me a few pears so I will not starve.”

The handsome son didn’t want to give away even one pear, especially to a dwarf. He was afraid that any pear given away might turn out to be the special one of the pair that would heal the princess. Then he would lose the chance to marry her.

So he said to the hungry man, “The only pears I have in this basket are pairs of pig’s feet.” The hungry man, who was really the prophet Elijah in disguise, replied, “Amen! So shall it be.” Then he walked away.

When the handsome son was brought to the princess, he opened his basket to show her his pears, and it was filled with pairs of pig’s feet. The princess fainted. The king ordered the eldest son to be thrown out into the street.

When the handsome son returned home he didn’t want to tell anybody what had happened so he just said that the pears didn’t work. The farmer then decided to send his middle son, the one who was tall, strong and had lovely blond hair, to bring the farmer’s best pears to the princess.

On the road to the castle the tall blond son also met Elijah, who was disguised this time as a poor beggar who was deaf in one ear. The blond son also didn’t want to help the beggar, even though he seemed very hungry.

The tall blond son said, “I can’t help you. The only pears I have in this basket are pairs of pig’s ears.” “Amen!” said Elijah, “so shall it be.”

When the tall blond son was brought to the princess he opened his basket and it was filled to the top with pairs of pig’s ears. The princess became nauseous and threw up. The king had the blond son thrown out the window into the street. When the middle son returned home he also didn’t tell anybody what happened.

The youngest son wasn’t very handsome, and he wasn’t tall or blond, but he was very kind and considerate. He begged his father to let him go because he wanted to help the princess, although he didn’t think she would want to marry him. On the road to the princess he also met Elijah disguised as a beggar with ugly sores and scabs all over his face and arms.

He felt sorry for the ugly beggar, and even before the beggar asked, he offered half of the pears in the basket to the man saying, “I pray these pears are good for you.” Elijah took them and replied, “Amen! So shall it be good for you.”

When the youngest son opened his basket before the princess she asked why it was only half filled with pears. He told her about offering half the basket of pears to the beggar who was covered with sores and scabs. The princess began to cry. The youngest son apologized for making her cry, but to his surprise she suddenly hugged him. They spent the whole day talking and the princess felt better and better. By the next day she was feeling great. A month later she told the youngest son she wanted to marry him, and that is what she did.

The boy’s father could never figure out what was special about the pears that the youngest son brought to the princess.