Purpose in Struggle: The story of the helpful man and a butterfly (An educational story to help people thrive with bipolar disorder)

A man was walking through a forest when he came upon a butterfly freeing itself from it’s cocoon.

The man watched the butterfly struggle and fight to get it’s entire body through a small hole in the cocoon. 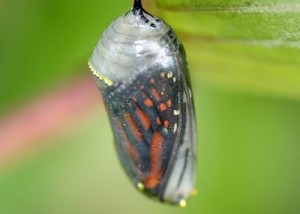 The butterfly struggled and struggled, the man watched in fascination.

Then the butterfly stopped struggling.

The man grew concerned. After waiting awhile with no movement from the butterfly, the man got out his pocket knife and cut the hole in the cocoon making it bigger.

The butterfly slid out of the cocoon onto the ground.

What the man didn’t know is…. 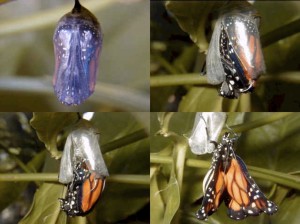 In order for a butterfly to have strong wings and a solid body it needs to struggle and fight it’s way out of the cocoon.

It needs to slowly and gradually squeeze through the small hole in the cocoon because that process TRANSFORMS it’s body.

Squeezing through the hole in the cocoon squeezes all the fluids from the body into the wings making them solid and strong and creates a strong body. 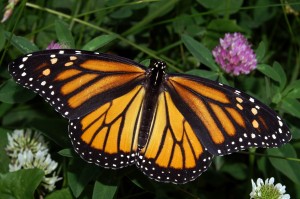 But something wasn’t right with the butterfly. It’s wings were limp and it’s body was mushy and weak.

The butterfly spent the rest of it’s life crawling. It never was able to fly. 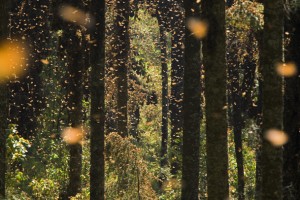 When I or anyone fights someone’s struggle for them, thinking we are helping them…we may actually cripple them.

Out of concern, we may keep people from flying.

My goal and hope is to not do this to anyone.

My goal is to help people develop their own tools so that they can use them to struggle and fight their way out of the cocoon.

“Choo Choo The Train That COULD” by Robin Mohilner

This story is for children.

The main character of this story struggles with mental illness.

SUICIDE is a subject of this story.

There once was a little train, named Choo Choo. 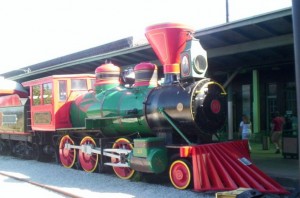 Choo Choo had been riding along in his life taking in all the different scenery of the world from the train tracks. Choo Choo truly got to see the beauty in life.

One day, Choo Choo came to a place on the tracks where he could no longer see the tracks…they disappeared around a curve and Choo Choo could not see where the curve was going…so Choo Choo stopped and got really scared.

So Choo Choo stopped…he stopped for a few days…then a few weeks…then a month rolled around. Choo Choo just sat there wondering what it was like beyond the curve.

Choo Choo heard of this thing called a CLIFF and heard horror stories of what happens to trains when they fall off of them.

Choo Choo heard of this thing called a bridge and the whole idea of crossing on a narrow path with nothing but a big fall down on both sides, scared the crap out of him.

Choo Choo is afraid of heights.

One day a GOAT walked over to Choo Choo, the goat’s name is “Mr. Deer”.

The GOAT, Mr. Deer, said to Choo Choo, “Hey Man, I’ve watched you here for weeks. What are you doing?”

Mr. Deer said, “Nah man, around that curve is a field of wild flowers…there aren’t any cliffs there.”

Choo Choo said, “Really…there aren’t any cliffs?!? Are you sure…how can I believe you?”

Mr. Deer said, “Watch me, I’ll go around the curve and when I come back I’ll prove that I didn’t fall off a cliff AND I’ll have some wild-flowers.”

Choo Choo believed him. He closed his eyes and went around the curve and when he opened them, there was a field, just as the goat had said.

Choo Choo ran full steam ahead. He learned that he didn’t have to be afraid of curves any more so when he got to curves in life…he kept going! He was so happy.

But then one day, Choo Choo faced his worst nightmare EVER…. 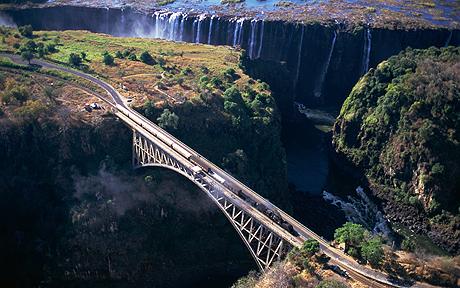 He came upon a bridge that was hundreds of feet up in the air…he began to have a panic attack.

Choo Choo didn’t know what to do…he truly believed he was going to die.

The problem with being a train is that you can’t just turn around OR go in the opposite direction. All he can do is go forward.

So Choo Choo chose to stop. He stayed frozen and unable to move for a whole YEAR.

Every day and every night for the first 6 months, he cried…telling himself, “I can’t cross that bridge, I will die.”

The last 6 months he stopped crying, he had run all out of tears and just felt numb. The only words he spoke to anyone when they tried to speak with him was, “I can’t.”

Saying “I can’t” to all the birds, butterflies, deer and goats worked…what were they going to do to him. They couldn’t get him to move….

But at the end of Choo Choo’s year of being stopped, a BIG steam train pulled up behind him and when he moved on the tracks it felt like an earthquake and when he TOOTED it could be heard across the land.

Choo Choo didn’t know it was another train. When the earth began to rumble and he heard the loud TOOT…he thought he was going to die. In fact, he wanted to die.

As the quaking and sound got closer…Choo Choo thought…”I just want to jump off the cliff!” But he couldn’t, it was just too high…he was too scared to jump.

Each day he told himself, “I want to die. Just jump off the cliff.”

He just couldn’t do it. He was too scared.

So the day came when the quaking and the tooting got so close that Choo Choo could no longer hold onto the tracks and felt that the earth was going to crumble right beneath him.

“TOOOOOOOOOOOOT TOOOOOOOOOOOOT” came from right behind him. And it was night time. Choo Choo couldn’t see anything. All he saw was this blinding light surrounding him.

Choo Choo didn’t know what to do. It was on top of him. All he could do was oil his wheels (it’s like peeing in your pants but for trains).

It was silent for 3 days. The silence was even worse than the “TOOOOOOOOOOOT TOOOOOOOOOOOT”

Choo Choo truly wanted to jump off the cliff, but he couldn’t move because he was too scared to hold onto the train tracks.

On the 7th day, the Conductor from the HUGE train steps off of the train and approaches Choo Choo….

The man, whose name is Arnold, says, “What are you doing?”

The conductor pauses and thinks…

“I could ask him “Why?” but he’ll probably tell me a very very long story that won’t cause him to move……

The conductor decides that it is not in his train’s best interests or Choo Choo’s best interest to push Choo Choo off the tracks or across the bridge even though he has the power to do it.

Instead he talks to Choo Choo for a bit and discovers that Choo Choo really wants to die because he is so scared, but just doesn’t want to fall down hundreds of feet off of a cliff.

The Conductor is in a predicament…so he thinks and thinks…

He comes back to Choo Choo and says, “Here’s what I want you to do…

You let go of the railroad. I need you to grab hold of the rail road today.”

The next day he comes back and says, “Now that you are holding onto the railroad, see that rock right there (10 feet from Choo Choo) I want you to roll to it.”

Choo Choo felt that it was a reasonable request and goal so he rolled to the rock and stopped.

Choo Choo grew so incredibly scared because now he was closer to the big fall. He began to panic.

The Conductor, Arnold, swiftly came to calm Choo Choo down. He said, “Choo Choo, you’ve got 3,000 feet of land under your wheels, you are safe. You are not falling down, just hold onto the rail.”

Choo Choo listened and held onto the rail.

The next day the Conductor said, “Choo Choo, see that bridge? I’ve been across that bridge on my train 900 times. I’ve never fallen off of it and I am a lot bigger and heavier than you. If I can cross the bridge. I know you can.”

Choo Choo’s automatic response was, “No I can’t!”

Choo Choo sat and thought about it for 6 days.

On the 7th day, the Conductor said, “Choo Choo, it is time to cross the bridge. I won’t push you. But I will teach you how.” 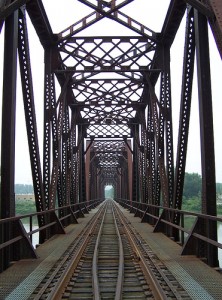 Choo Choo agreed that he would do it. And he kept his word.

The Conductor, Arnold, gave him this goal 36 more times….

On the 37th time, Arnold said, “Choo Choo, see that tree with the goat standing next to it, I want you to roll your wheels until you reach it. Choo Choo agreed and kept his word.”