in Stories From My Rabbi  by Robin Mohilner October 19, 2011 0 comments

A wise man was asked, “Why do parables (a simple story to illustrate a lesson) have such persuasive power over people? 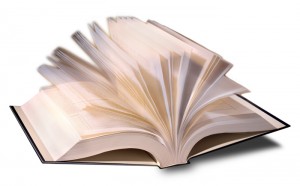 It happened once that Truth walked the streets naked as the day his mother bore him. Truth had nothing to hide and was very comfortable in his own skin.

No one wanted to know Truth or even be close to him. People avoided Truth at all costs. People were so frightened of Truth that they ran away.

So Truth wandered the streets lonely and miserable. Truth was unable to understand why people disliked him so much.

One day Truth met Parable. Parable had a smile on his face, was friendly and welcoming. Parable was decked out in fine clothes and was a sight to see.

Parable said to Truth, “What’s your purpose of walking around naked looking so miserable?”

Truth shook his head sadly and replied, “No one wants anything to do with me. I do and say the right thing, but no one cares. I’ve gotten so old and decrepit that people think I’m worthless and don’t even want to look at me, let alone be around me.”

“What you’re saying makes no sense.” said Parable. “People don’t dislike you because you’re old. Take me for instance, I’m about the same age as you. Nonetheless, the older I get the more attractive I become to people. Here’s a secret about people. They don’t like things that are plain and bare, they like things dressed up, pretty looking and a little artificial. I’ll help you out. I’ll lend you some fine clothes like mine and you’ll soon see a huge difference in how people treat you.

Truth took his advice and decked himself out in some beautiful clothes. Truth was astonished! People no longer shunned him and welcomed him with open arms.

Since that time Truth and Parable became inseparable friends and both were esteemed and loved by all.