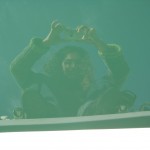 In today’s writing, I write about being from a different planet.

I do not believe I am an alien.

I use the idea of being from a different planet as a way to describe my experience and share my feelings and ideas.

Sometimes I feel like I am from a DIFFERENT PLANET.

When I was a teenager, I named that planet “Nibor”

On planet, Nibor, all life is transparent.

As Niborians, it is our custom to say what you think…share what you feel. (period)

There is no silencing of anything or hiding.

There is no embarrassment or shame for being who you are.

“Judgment” is a concept we simply don’t have.

…Niborian’s simply don’t have a need for it.

Judgment is of NO value.

There is no such thing as “NORMAL”, so no one is DIFFERENT.

We simply just BE who we are,

And by simply being who we are,

we each have a gift that we contribute to life on our planet.

Being Robin Mohilner, a Niborian, on planet earth is hard.

Even when I am with great people, sometimes…I feel alone.

Sometimes I wonder if I am the only Niborian on this planet.

I miss Nibor so much at times because here on earth, most people are afraid to be themselves.

They are afraid to share what they think and how they feel…and I simply don’t get it.

I don’t get why people are so afraid,

…until I listen to their stories of horrible judgment and mean-spiritedness.

People on planet earth do and say really mean things TO and ABOUT each other.

This just doesn’t happen on on Nibor and I don’t choose to participate in these customs on earth.

There are several earth customs that I do not understand:

Why do people feel the need for everyone to be the same?

What is wrong with people being different?

On my planet, it is our differences that give us gifts to offer each other.

I have far more to offer you by being ME.

I notice that with the invention of “NORMAL”, so many people go through life not feeling good enough.

My definition of “Normal” from observation is:

“the constant comparison people make in relationship to other people to decide their own self-worth, self-esteem and self-respect.”

How does being “normal” enhance people’s lives and create fulfillment?

On Nibor, people wouldn’t even be able to understand this concept,

which is why I don’t understand it at all…and I don’t believe in it.

Why do people spend their whole lives competing against each other over STUFF???

…stuff is not even of REAL value…it’s just decoration without substance.

I just DON’T get it!

I may sound nuts right now…

I know I speak Niborian and that is not a commonly used language here on earth.

I don’t expect most people to understand me.

But if you do, you may come from a planet close by and we may share a similar dialect and customs.

People get uncomfortable with me because I am NOT enough like them.

When I am uncomfortable

I simply don’t know how to respond to such awkward feelings…so I shrink…and it feels horrible.

I shrink because I fear people will judge me and say,
“Why don’t you just go back to Nibor?”
My answer for them is,
“BECAUSE I CAN’T!”
“It doesn’t work like that.”
“Nibor is NOT a physical planet.
Nibor is MY way of being in life.”
“Earth, is filled with an infinite number of  worlds (ways of being) created by each life that inhabits it.”

Everyone has their own planet that they come from.

“Planet” refers to our own personal space (our alone space) within ourselves that is the seat of our beliefs, ways of thinking, customs, traditions, ways of connecting, values, goals, hopes etc

I believe my planet, Nibor, has some of ALL of the above…at times it is closer to all the other planets in the universe here on earth…at times it is light years away.

I like to think that all of our planets are consistently evolving, growing and changing as we all move through the universe.

So I’ve grown to believe that there are times when we have more closer connections and times of more distance and we feel alone in the universe.

Thinking in these terms makes me not feel so lonely…I accept there is just a lot of space in the universe between my planet and other planets similar to mine.

If you feel like you are from another planet.

I want you to know…

You are not alone.